Windfarm impact studies on kites at Braes of Doune, Scotland

NRP was commissioned to undertake an intensive monitoring programme for red kites at the Braes of Doune wind farm. Work was initiated in 2004 as a requirement for consent of planning permission for a 36 turbine wind farm. The wind farm was finally completed and commissioned in 2007 and post-construction monitoring work continued until March 2012. This work consisted of vantage point observations, radio tagging and tracking of individual kites, turbine searches and carcass persistence trials. A total of 1486 hours of vantage point observations were completed from six vantage points. Eighty-four kites were radio tagged and 79 of these were studied.

Mapping of vantage point and radio tracking results indicated a reduction in activity at the wind farm site after construction although kites continued to use the area and frequently pass through the wind farm. Changing dynamics of the population may have been the cause of reduced activity rather than turbine avoidance. Survival of the tagged sample of kites was comparable to populations in areas where there were no wind farm developments.

Three red kites were recovered dead as a result of turbine strike during the period including one of the radio tagged sample. The study individual was the only kite found through systematic turbine searches. Analysis of searcher efficiency and carcass persistence allowed for revised estimates of kite fatality rates at the wind farm. A newly derived rate of 1.28 kites killed by the wind farm per annum was in line with pre-construction Collision Risk Modelling work which gave a broadly similar rate of annual fatalities. The Central Scotland kite population continued to increase through the entire study period.

The kites were tagged with the help of Central Scotland Raptor Study Group and RSPB Scotland.

Our final report on the Braes of Doune red kite studies can be found here;

Our paper on carcass persistence can be found here; 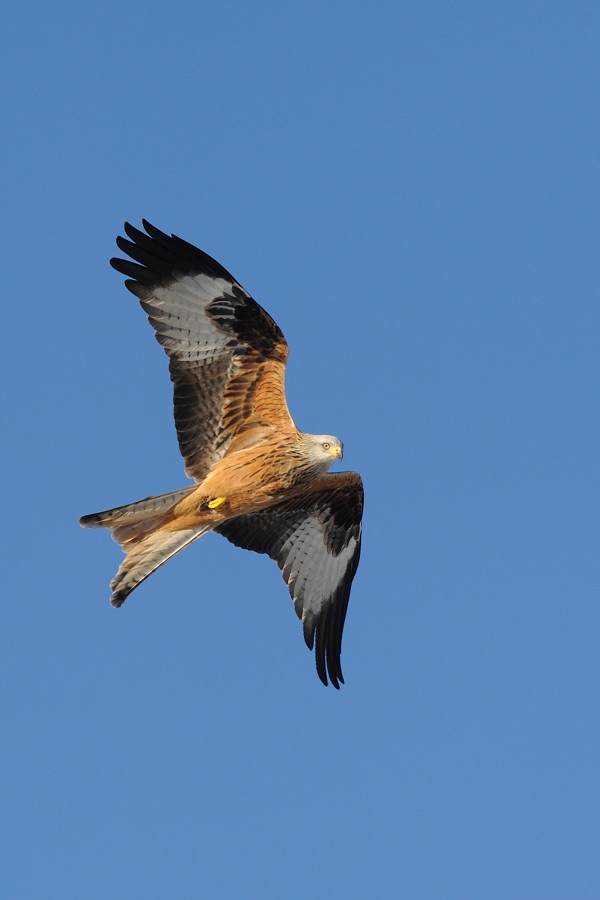